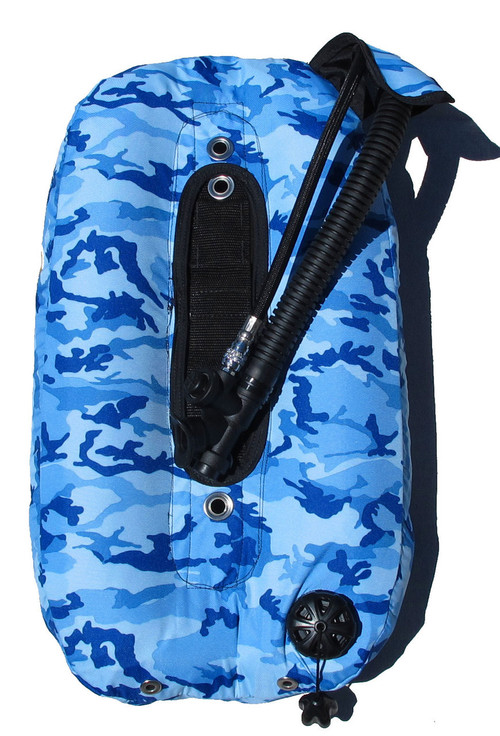 This is the OxyCheq 18lb travel wing.  This is the lowest profile and least amount of drag wing that OxyCheq Sells. This is a “O” Shaped Wings for Single Tanks Only. The extremely low profile produces less drag in the water. The Mach V has integrated role control devices eliminating the need for a single tank adaptor. Inflator hose elbow is off center so it will not interfere with the first stage regulator. Complete with roll control so you will not have to use an STA (Single Tank Adaptor) with a OxyCheq backplate. Easy access to bladder via a 360 degree zipper.